On the face of it, two recent moves by the Chinese government appear to be aimed at promoting greater freedom and opportunity for its citizens.

The one-child restriction imposed on couples in 1979 was relaxed to two in 2016 and extended to three in May this year. China’s population of 1.4bn is ageing rapidly and growth is very slow: so the brakes are being taken off. And last month a tranche of strict regulations on for-profit tuition was brought in, supposedly to quell the rampant expansion of profit-based tutoring which has imposed huge financial burdens on a society obsessed with ensuring academic success by its children.

The Chinese tutoring sector is vast – worth an estimated $120bn, according to press reports – and for the most part comprises a network of both indigenous and worldwide corporations, as well as smaller firms and private individuals. “Training centres” – non-government funded, profit-based organisations offering extra tuition to parents prepared to pay for evening classes and weekend tuition for their kids – abound across China.

Exact details of the new restrictions are due to be released next month: it’s not entirely clear whether state schools will be made to add additional tuition themselves, for instance. What is known is that there will be new guidelines on how much homework can be set by state schools, more standardization of the curriculum across the provinces and, with a few exceptions, far less involvement by non-Chinese firms. There will be much-reduced emphasis on the teaching of foreign languages. Clearly there will be less pressure on children, who will benefit from a more healthy study:life balance, as extracurricular tuition in the evening, at weekends and during public holidays will be banned. This will reduce advantages gained by children of better-off parents. Crucially the removal of most of the additional financial burden on poorer parents (they can’t buy something which is no longer being sold) will no doubt assist in the strategic objective of encouraging people to have bigger families.

But what about other effects of these moves? A larger working population will ultimately provide this authoritarian state with the ability to increase productivity. Will China need quite so many high achievers in the years to come? Or does General Secretary of the Chinese Communist Party, Xi Xinping (top right), see advantages in strengthening the proportion of blue-collar workers in the population?

And does this clampdown on the exertion of direct foreign influence on the teaching of core subjects signal yet more strengthening of the state’s cultural protectionism? Despite the 2 million strong internet censorship organisation, the internet in China is certainly leaky, for example via VPNs. But there’s another much more overt influence: Chinese students studying abroad.

Around 216,000 Chinese students currently study in the UK. According to Global Times, “the number of entrants from China for higher education in the UK each year since the admission year 2012-13 has exceeded the number of all EU countries combined and continues to rise […] ‘Shi Yinhong, director of the Center for American Studies at Renmin University of China, told the Global Times … that ‘as the relationship between China and the UK continues to decline, the UK obviously doesn’t want to cut off exchanges with China on a cultural level, as Chinese students are still a major income source for its education sector'”. 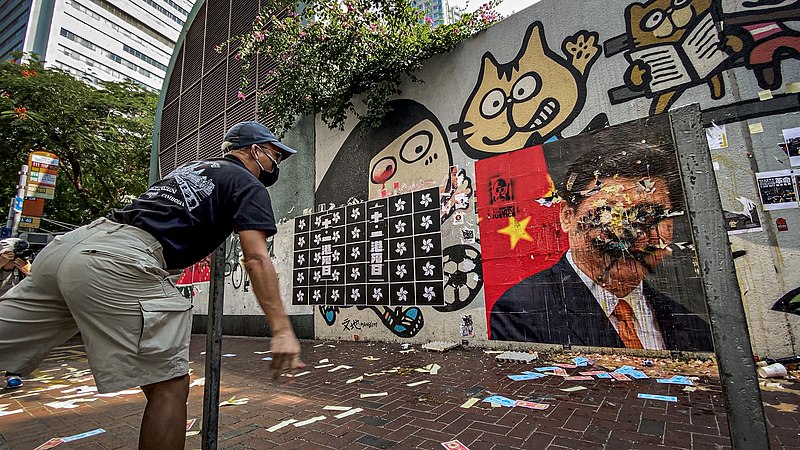 The Communist ethic, and traditional Chinese beliefs and customs, have been increasingly pressurised by the interplay involved in the globalisation of trade, external social media influences and a more highly-educated populace. It is more vulnerable to internal critique and revisionism than ever before.

So … watch this space. The CCP has seen how a creeping Westernising of values, the uprising in Hong Kong and the imposition of trade tariffs can threaten its security. A future for China which is more inward-looking and more self-sufficient may well be on the hidden agenda of these recent moves.

Is Ready To Learn the antidote to the scourge of misbehaviour in schools?

My brief experience as a part-time secondary school teacher was nothing if not memorable – and not altogether in a good way.

I was transported back to that time recently by a brilliant six-part BBC 2 documentary series called, with commendable brevity, School. 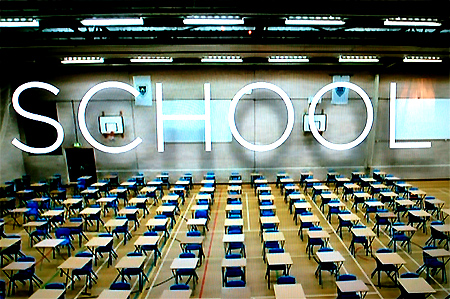 I started in the first week of the new millennium. Business at my micro-ad. agency had been going through a rather prolonged lean spell. I was always happy to ride the downturns and enjoy the upturns, but then I saw the ad. for a part-time English teacher at my local college for 15-18 year olds. A bit of extra cash for passing on my knowledge of Shakespeare, poetry and novels sounded like a win-win situation, so I thought “Why not?”

I was soon to find out the answer to that question.

After a week or so’s honeymoon period, my typical day became a Whitehall farce of (for instance) writing business documents and lesson plans in the morning, with maybe an hour or two of teaching squeezed in, followed by frantic catch-up advertising client calls and emails in mid-afternoon, with maybe a staff meeting on GCSE progress and overseeing some detention later the same day. Yes, it was hectic; but actually once I settled into a kind of chaotic rhythm, I started to feel it might be do-able.

Before long, though, I began increasingly to experience a factor I hadn’t really budgeted for: misbehaviour. My sons, both former pupils at the school, had warned me that “they’ll make mincemeat out of you”. They were so right. After a honeymoon period of about a fortnight, things started to get fractious.

It began with talking whilst I was talking; progressed to various pupils standing up and walking around; and ended up with some students walking out of class altogether, fighting, throwing things at each other and sometimes even more extreme activities. For instance, in the lowest ability class that I took, a stranger would occasionally appear outside the window of the classroom and one of my students would dash to the doorway and run through the corridor to meet him; I gathered from the other students that this was to do with exchanging drugs. There were frequent instances of boy:girl physical embraces, etc.; chairs were thrown on a few occasions; and then there was the memorable moment when smoke appeared at the back of the the class and I discovered 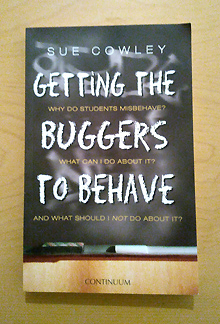 As someone whose vocal chords were toughened on the terraces of Ninian Park during my own formative years in supporting Cardiff City (alas, I am rarely able to see them live nowadays), I had no problem in raising my voice and maintaining high volume instructions and threats during the course of this behaviour. Senior teachers would frequently come into my classroom to assist in restoring order. But it soon became clear to me that even the most experienced staff members often had difficulty in coping with riotous situations. At that time, no physical contact between teachers and staff was allowed. So to keep a student from leaving the classroom involved pressing my foot against the bottom of the door to prevent it from being opened. In my day, I would have received a smack across the head if I had shown such a level of disobedience.

The reasons for bad behaviour in the classroom are very many and very varied; and they include both personal and social factors. The personal qualities and previous experience of the teacher are obviously a key influence; the ethos of a particular year group will often determine the nature and level of the disruption; and the psychological profiles – including their home environments – of individual students in a classroom is also a major factor. But whatever the reasons for an outbreak of bad behaviour, its effect on learning outcomes is critical. Frustratingly, I found that, on enquiring on a one-to-one basis, quite a few students who were disruptive really wanted to learn, but behaved badly only because they were pressurised into it by some of their peers.

I did take on board advice from other members of staff. There are some well-known techniques and classroom management strategies that can sometimes assist with maintaining a calm environment and keeping students focused. There is a whole seam of literature offering advice on keeping order. But the theory is all very fine: most often at the chalkface events can quickly prove that there are many exceptions to the rules. An ink pellet which hit the screen of my laptop as I was using it to project images from the First World War, teaching poetry, was the last straw and I resigned soon after.

Like many great ideas, it’s very simple. After just two instances of disruptive behaviour, students are sent to an “isolation room”, where they stay for a whole day, plus an hour after the school closes. As the documentary illustrated, it’s very boring. Talking or other bad behaviour is marked on a wallchart. After a given number of further transgressions the fixed system results in a call to the pupil’s home and may ultimately result in exclusion from the school. As the documentary also illustrated, the system is very effective. This is backed up by numerous reports available on the internet. Clear, consistent boundaries and the certainty of known sanctions seem to be the answer to much of the great scourge of bad behaviour in our schools. 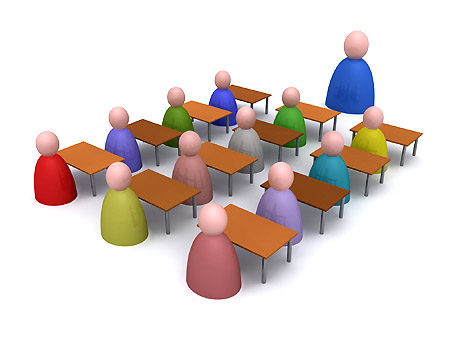 Disruptive behaviour is the elephant in the classroom. It is rarely talked about in parliament, which focuses on “more important”, higher level considerations such as budgets and standards. Crime on the streets, violence in hospitals, domestic abuse – all these and other similar issues attract a goodly share of attention from the powers-that-be.

But bad behaviour in the classroom stunts the life chances of very many kids. It’s time for the education authorities to give this issue more attention. I hope they are ready to learn from the experiences of those schools that are implementing this system and will ensure its use becomes a requirement, rather than a very bright idea taken up by only a selection of enlightened schools.