I took my car in to be repaired last week. I was getting less and less response when I put my foot on the accelerator pedal. I strongly suspected a clutch problem (though you can never be sure, of course). The engineer sat in the car and revved it up and tried various things but quickly concluded that I was correct.

He then explained how the clutch mechanism works and what the problem was. I had this mental picture of lots of discs orbiting around and connecting with each other at great speed. In reality I didn’t have a clue what he was talking about, but I suppose it was re-assuring that he understood it all.

Quite often, this book, published last October, is a bit like that. It’s good to know that scientists like Stephen Hawking understand cosmic strings, space-time warping, special relativity, negative energy and, most famously, black holes.

So the answers are here. Whether the capacity to understand them is available in a specific reader’s mind is another question. (Interestingly, Professor Hawking confesses that he was “never more than halfway up the class” at school – though his nickname was “Einstein”, which must have been something of a pointer to his future career path).

But what do we mean by “understand”? Despite the sometimes forbidding nomenclature, Hawking managed to convince me that I understood many of the more complex concepts, at least for long enough for me to get to the end of the chapter. They say that brevity is the soul of wit and it’s Hawking’s way of briefly summing up these big (vast, more like!) concepts that makes the book so valuable and such a page-turner. It’s one I’m sure I will re-visit many times. And, thanks to this book, the quality of my understanding will be at least as good as my understanding of a clutch mechanism.

Stephen Hawking’s life story, though in many ways tragic and harrowing, is truly inspirational and has been turned into a film on a number of occasions, most notably with the Oscar-winning box office hit The Theory of Everything, starring Eddie Redmayne.

There is much autobiographical material in the book. Arguably Hawking won the battle with ALS (Amyotrophic Lateral Sclerosis). There’s an interesting article on the TIME website which suggests why he may have lived so long with a disease which kills most sufferers at an early stage. For a moving account of the details of his struggles, see this documentary:

On the other hand, for all its physical and sensory frustrations, Hawking’s life must have been very satisfying in many respects: worldwide acclaim for his work and scientific legacy, bringing a daughter and two sons into the world and even exciting adventures like experiencing zero gravity during a flight aboard a modified Boeing 727 aircraft owned by Zero Gravity Corp..

And so to the big questions, which are dealt with in ten chapters:

Is there a God?
How did it all begin?
Is there other intelligent life in the universe?
Can we predict the future?
What is inside a black hole?
Is time travel possible?
Will we survive on earth?
Should we colonise space?
Will artificial intelligence outsmart us?
How do we shape the future?

There are “Wow!” moments on most pages of this work. For instance, he demolishes the idea propounded by the steady-state theorists that the universe didn’t have a beginning.

“In my opinion, this is not a position any scientist should take. If the laws of science are suspended at the beginning of the universe, might not they also fail at other times? A law is not a law if it only holds sometimes. I believe that we should try to understand the beginning of the universe on the basis of science. It may be beyond our powers, but at least we should make the attempt”.

It was this attitude that led Hawking, working with Roger Penrose, to develop his famous Big Bang theory. In answering the question “What came before the Big Bang?”, he says: “According to the no-boundary proposal, asking what came before the Big Bang is meaningless – like asking what is south of the South Pole – because there is no notion of time available to refer to. The concept of time only exists with our universe”.

For me, Brief Answers to the Big Questions has a way of filling in both small and very large gaps in my understanding of these huge concepts. It’s true that some of Hawking’s theories are contentious. It’s also true that my own ability to get my head around some of the more complex concepts was a limiting factor.

But overall this is a very readable and stimulating introduction to the vast landscape of the work of a true genius.

Apollo XI and the physics of God

Forty-five years ago this month, Neil Armstrong uttered perhaps the most unforgettable words ever spoken, as he stepped off the ladder of the Lunar Excursion Module and became the first human being to set foot on the Moon.

As he said, it was “… one small step for a man”; though in fact, of course, many thousands, if not millions, of steps had already been taken in the long and winding road that led to Apollo XI‘s landing. So many technological achievements, arguably dating back to the invention of the wheel and beyond, had fuelled that jaw-dropping expedition.

On the one hand, as Armstrong put it, it was as though our species had taken a “giant leap” in its evolutionary journey; on the other hand, the landing can be characterised as simply the product of the cold, level headed application of scientific knowledge, technological advances and computer power.

As an atheist, I’ve always been fascinated by the part played by God in all of this. When John F. Kennedy made his “We choose to go to the moon” speech, he was careful to ask for God’s blessing for the “adventure”. And when the Apollo VIII astronauts entered lunar orbit on Christmas Eve, December 24th, 1968, they took turns in reading from the book of Genesis.

It seems to me that these statements of faith were probably a lot to do with pandering to assumed public sentiment in the US. (

Though not entirely: it’s interesting that Buzz Aldrin‘s personal communion service on the surface of the Moon was held in secret – see Buzz Aldrin selfie, right, taken during his EVA). But having in mind the experiences of Galileo, Darwin and others throughout history who’d made giant leaps previously, the finance department at NASA knew that offending religious sensibilities via revolutionary discoveries would not necessarily stimulate increased budgets for future missions.

Nonetheless … with all the analytical and computational power at their disposal, I’m surprised that true believers at NASA and other scientific bodies have never sought to establish the physical nature of God. If they’re as convinced of his existence as the statements of the astronauts and certain space scientists suggest, it would surely be worthwhile undertaking some kind of work to buttress their belief with empirical evidence? To my mind, there is a very curious contradiction in the way they can spend so much of their lives rigorously searching after solutions to the most difficult problems in physics, harnessing cutting edge knowledge and equipment to chase down fine details which may produce further giant leaps, whilst at the same time blocking out of their mind any thoughts of questioning the nature of this supposed all-powerful, all-seeing super being.

That’s not to say that there isn’t an extensive body of scientific, metaphysical and/or philosophical literature exploring ideas around the physics of God. For instance, James Redford, in his 2012 book The Physics of God and the Quantum Gravity Theory of Everything, available via links here, seeks to use theories about the ultimate collapse of the universe into a final cosmological singularity – the “Omega Point” – as a proof for the existence of God.

Rather than try to explain the origins of the Big Bang, of which “The Omega Point is a different aspect”, Redford places his trust in a projection of generally-accepted quantum gravity theory into the most distant imaginable future, to describe God as a state of being which will come about following the development of infinite computational resources. (So for “God”, read “Science”; or “If you can’t beat them, join them”). We can all take comfort in knowing that scientists will one day be able to explain absolutely every aspect of the “multiverse”; but, with a nagging worry that, as the state of singularity approaches, scientists may have other things on their minds than increasing computer power (and also that scientific theories themselves evolve), I find very little of value here. 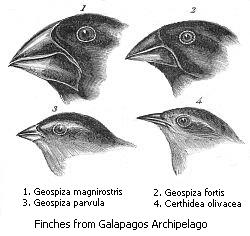 The truth of the matter is that, just like Darwin’s finches, religious beliefs tend to be modified to respond to changes in their habitat. With each new “giant leap” made by Man, some of the bonds that hold together the DNA of religious beliefs are broken and re-form to adapt to the changing climate of opinion and the social and scientific environment.

For absolutely explicable reasons, many people (some astronauts included) need to hold onto a religious belief as they take their all-too-short, wondrous, worrying ride on and around this planet, as it processes through the inexplicable heavens.

To that extent, the scientific basis for the existence of God is to be found not in physics, but in psychology.