Is Covid-19 simply an agent of Gaia – the self-regulating Earth?

The coincidence of a huge and growing environmental crisis and a disease which threatens to crush humanity like some insecticide sprayed onto an infested plant is probably just that – a coincidence.

But proponents of the Gaia Hypothesis might well beg to disagree. They see the Earth as a complex, integrated system of living and inorganic components which work together to maintain an environmental balance which can support life. Put another way, they think of the Earth as a living “super-organism” – a live creature.

The hypothesis, named after Gaia (sometimes Gaea), the Greek goddess who personified Earth, was first propounded by chemist James Lovelock and microbiologist Lynn Margulis, back in the 1970s. It’s easy to dismiss it as quirky claptrap, if one doesn’t go to the trouble of listening to Lovelock’s well-worked argument. But he’s no fool. In 2006, he was awarded the Woolaston medal by the Geological Society of London.

Lovelock argued part of his case in his book The Revenge of Gaia: Why The Earth Is Fighting Back And How We Can Still Save Humanity, published in 2006.

One important aspect of Lovelock’s analysis is his contention that science is too compartmentalised. By being composed only of specialists who are blinkered to see no further than their own small sector of the nature of the universe, scientific thought misses the bigger picture. Although put forward around fifty years ago, the hypothesis has prompted enormous discussion in many of these fields of study down the years. There are various flavours, many debates and large amounts of both agreement and skepticism around different aspects of the hypothesis. If nothing else, it has induced scientists from many specialisms to re-examine their fundamental beliefs.

So … wildfires, tornadoes, tsunamis, hurricanes, floods, pollution of all kinds, climate change. At a time when many believe that the planet is headed for environmental catastrophe because of the devastation wrought on it by Man’s uncontrolled exploitation, the idea that Earth as a living being might now be striking back via a virus is seductive. Just occasionally, it feels like a battle between two mega-powers – Man and the Earth – for their very existence.

James Lovelock CH CBE FRS, is still going strong at the age of 100. At the time of writing, it’s almost exactly a year since he introduced a discussion of the hypothesis as part of the Cambridge Climate Lecture Series.

In 2011, Lovelock had the opportunity to expand on and update knowledge of his hypothesis at a conference entitled Earth’s Climate Crisis and the Fate of Humanity at California State University, Monterey. I’ve included a link to a video of his talk below but pulled out some of the more interesting quotes after it.

“The goal of self-regulation is to keep the Earth habitable.”

“What or who sets the goals for Gaia? …[ ]…the goal of the Earth’s system was set by the specifications of the universe itself. The properties of the constituent atoms of carbon-based life have a very limited range of conditions in which they can exist. And it’s this narrow range of physical and chemical states that sets the goal of Gaia. Natural selection by its never-ending iteration has ensured that organisms and the planet evolve to stay within those limits”.

“Were it not for the regulation made possible by the presence of abundant life, the Earth would now be a hot, waterless desert, with carbon dioxide as the main component of the atmosphere and a surface temperature well over 60C. and it would be a mere interpolation between Mars and Venus”.

” … Darwinism is incomplete when it tries to explain the world beyond a phenotype”.

Lynn Margulis‘ controversial work on Gaia focussed on cells. Having at first been utterly rejected by the scientific community, her endosymbiosis work is now seen as important in our understanding of how some life forms evolve via the merging of cells which had lived in symbiosis. She examined symbiosis between different types of bacteria, which led to the evolution of eukaryotic, or nucleated, cells – the building blocks of life. Her theories applied to both plants and animals. Lovelock praises the way she emphasised the importance of small things – micro-organisms – in the development of life.

She died in 2011. What a pity she’s not around today to give her thoughts on a micro-organism that is in all our thoughts nowadays.

The case for an Office for Standards in Social Distancing

Part of “Things Will Never Be The Same Again” may well be to do with social distancing in the UK workplace and elsewhere.

Even if this present virus is eventually conquered, we’ll have to be far better prepared for a Covid-20 or other versions, or indeed different types of pandemic. We’ll need – and, surely, want – to have regulations and procedures on standby to be implemented and checked the very minute we get a whiff of anything that might develop into a scourge similar to this horrific plague.

On the other hand, if it turns out that Covid-19 itself remains a long-term, roaming threat to every nook and cranny of our

community at work and play, government will need to institute more specialised science-based standards and ongoing controls for every setting. A whole new government Department or at the very least a new inspectorate, maybe called the Office for Standards in Social Distancing, should be set up backed by legal powers, with a core mission to see that the population – every single one of us – is being protected both from the virus and from any tendency to forget or willingly flout rules on social distancing and every related safety measure.

This is much more than a Health and Safety at Work issue. We’re reassured to see our schools inspected by Ofsted to check on standards of education. We want the best standards in telecommunications and power. Each of these organisations is a focus for criticisms, investigation, ongoing development, reports and confidence-building. Standards in terms of social distancing and other required life-saving procedures for the whole population, in all settings of the new normal, should be inspected and reported on by a specially-trained executive responsible to Parliament. They’re even more important than electricity prices. 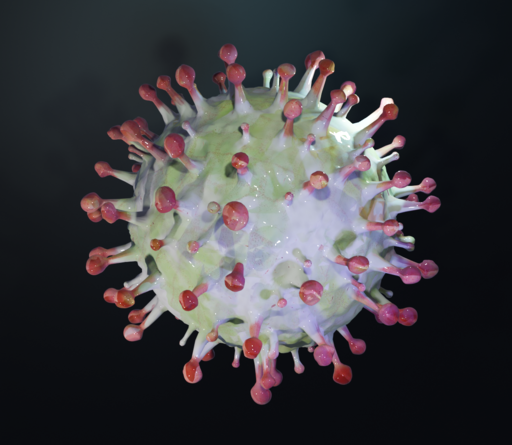 Of course, I’m doubtful that such a sensible move will make it to the top of the pile of government priorities any time soon, especially ahead of the need to answer short-term concerns over press headlines.

What I’ve dubbed (do excuse the tongue-in-cheek moniker) OfSod would, in my opinion, pay rich rewards longer term. But, regrettably, longer term is the era in which I’d expect it finally to be implemented.