Greetings from the Flip Flap 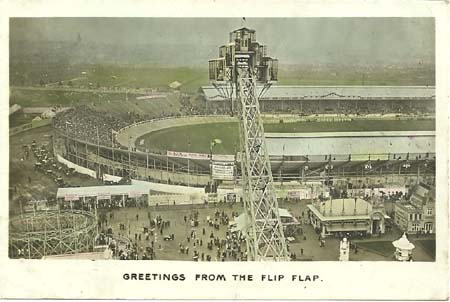 Here’s a postcard from our family archive that was sent from Camberwell, in London, to Doncaster in 1908 – just over 110 years ago.

Well before people were able to email selfies from Niagara, tweet their first thoughts about Katmandu, do a Facebook Live broadcast from the Serengeti or transmit Periscope broadcasts from Sydney Opera House, picture postcards were a great way of briefly describing (tweeting?) one’s delight or disappointment with a particular holiday destination.

This greetings card finds the sender at the Franco-British Exhibition of Science, Arts and Industry of 1908. 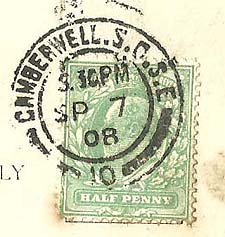 From the postmark, it appears that the card probably made it for the last post of the day on September 7th, at 5.10pm (or is that 5.30?). The stamp cost a halfpenny (or ha’penny, pronounced “haypenny”; bear in mind that there were 240 pennies in a pound in those days). There’s the portrait of the reigning monarch, Edward VII, who would die less than two years later, on 6th May, 1910.

“May the Franco-British Exhibition encourage rivalry and stimulate interchange of ideas, strengthen the brotherhood of nations, and in so doing help on the work of civilisation, and promote peace and prosperity throughout the world”, said the then Prince of Wales, soon to be King George V, when opening the exhibition.

This all happened quite soon after the signing of the Entente Cordiale in 1904, just six years before the start of World War I, some sixty-five years before Britain joined the EEC (after a referendum) and around 110 years before Brexit reared its head. With the current ongoing debate about Brexit and a People’s Vote, it’s chastening to realise that the lady sender of this postcard would not have had the vote. Votes for women didn’t arrive until The Representation of the People (Equal Franchise) Act 1928. Indeed, this photo of suffragettes Annie Kenney and Christabel Pankhurst holding a placard was taken in the same year, 1908, that our postcard was sent. 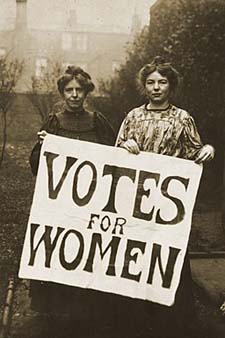 In terms of fame in Britain’s exhibitions timeline, I suppose this one would rank third after the Festival of Britain of 1951 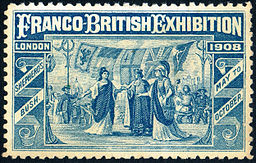 and the Great Exhibition of 1851. It’s interesting to read that a Channel Tunnel was mooted just three years earlier by the French Ambassador as “an instrument of reciprocal penetration”, which I confess is not a form of words that has ever sprung to my mind when thinking about it …

But what about the Flip Flap itself?

According to the Museum of London, “The Flip-Flap was one of the most popular attractions at White City. It comprised two long steel arms, stretched out on opposite sides of a central base. At the end of each arm was a platform that could accommodate fifty people. The arms rose from the ground to a height of 200 feet, over 60 metres, giving a spectacular view of the exhibition grounds”.

The whole idea of flying through the air was becoming a highly popular talking point at this time, of course, as brothers Orville and Wilbur Wright had made the first controlled, sustained flight of a powered, heavier-than-air aircraft in America, just five years earlier.

In fact, the term ‘Flip Flap’ was already in use: the terrifying Flip Flap Railway (see below), a very early roller coaster, was being tested in Toledo, Ohio in 1888 by designer Lina Beecher before being moved to Coney Island.

Perhaps surprisingly, there are no accounts of any accidents with the Flip Flap. But there was one tragic incident at the exhibition: just three weeks or so prior to our relative’s visit, two people were killed and six injured when a balloon owned by Captain Lovelace of the New York Aero Club exploded.

According to the New York Times, one of those killed was a male employee of Captain Lovelace. The other was Captain Lovelace’s secretary, Miss Hill. The paper’s sub-headline helpfully informs us that she was “Burned to a Cinder”.