Religion: would I be half-hearted or a die-hard?

In some ways I envy those of my friends who are religious. It must be reassuring to be able to roll up all of life’s mysteries into a simple bundle and label it “God’s work”.

No real need to ponder the meaning of life; the infinite vastness of space is explained by a blind faith that everything is the work of the deity; and death no longer hangs around like a brooding menace accompanying every day, whether it be sad, unremarkable and totally ecstatic. The package takes care of everything, from reassurance to infinite reward, from morality to inspiration.

front door. Not me. I always answer the knock. I relish the opportunity to converse with people who are so utterly convinced by their creed that they are prepared to take their beliefs out into the community and try to convince others that they are right. I suppose I harbour a kind of envy – it must be good to have all those doubts and fears taken care of. And there’s no doubt that religion has acted and continues to act as a contributory agent to a peaceful society, except of course where it drives some to fanaticism. Increasingly, religious festivals are being absorbed into our calendars as important milestones, but as having little more spiritual significance than Valentine’s Day or Bonfire Night. I mean, surely those who wait for hours outside department stores for the start of the Christmas sales aren’t spending too much time contemplating the miracle of the virgin birth?

But I quickly make it clear to the Bible-clutching pair that I am unconvinceable. Although the ‘Big Bang’ is the best explanation I’ve heard for the beginning of this universe, for many years I’ve been content to assume that both time and space had no beginning and will have no end point. Whilst we are accustomed to there being beginnings and endings for everything we encounter in our daily lives, I can’t imagine there ever being a dead end on the superhighway of Time itself. 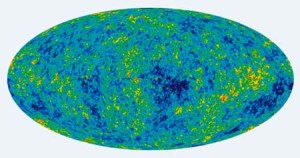 No doubt there are many opaque regions of Newtonian physics, relativity or string theory that I’ll never get to understand, or some aspect of the Higg’s boson that will forever remain a black hole in my apperception of quarks and their like, but as far as I’m concerned there couldn’t possible have been a Grand Beginning. And certainly their idea that there is a Supreme Being who got the ball rolling seems at best misguided.

That said, Jehovah’s Witnesses and other people of strong faith, who devote a significant portion of their lives to actual activities in relation to their religion, seem to me to be acting in a fairly

logical fashion. If I believed, I think I’d want, like them, to act on my convictions, in the way – to draw a slightly tongue-in-cheek analogy – supporters of football clubs do. Die-hard football fans go to both home and away matches; they follow the latest news about their club via the media; they discuss developments with their friends and acquaintances; their loyalties may extend to purchasing merchandise and festooning a room in their house with iconic images and memorabilia: in short, they will worship their team with passionate loyalty.

That’s how I would be with religion.

I’m pretty sure I’d go to a place of worship very regularly; I’d want to do whatever I could to spread the word; and I’d lead a life in which all of my thoughts and activities were steeped in the influence and requirements of my religious creed. Otherwise, I’d be like those Manchester United supporters who aren’t really supporters but just say they are to be accepted as part of their peer group …

Indeed, I might well go further. If I truly believed in the power of prayer, for instance, I’d want to see prayer being used pro-actively by government, education and industry as a means of achieving objectives. If I ruled such a religious world, there’d be a programme of experimentation with various approaches to prayer – qualitative and quantitative – to measure the success or otherwise of different strategies. The prayer industry would probably be a key component of the economy.

In the real world that doesn’t happen, of course. While British people get most aerated about Brexit, the honours system and Donald Trump, their attitude towards religion can be described as tepid, at best. And religious belief is in rapid decline in Britain. According to the latest British Attitudes Survey – click here to view a chart accompanying the September 2017 press release – more than half the population (53%) say they have no religion. In 1983, 40% of the population described themselves as Anglican or Church of England; by 2016, that percentage had fallen to 15%. Only 3% of people aged 18-24 describe themselves as being Anglican or members of the Church of England.

The decline is beginning to look terminal; but, personally, I fear not – I’m sure there will be life after the death of religion.

The detailed, all-sky picture of the infant universe created from nine years of WMAP data. The image reveals 13.77 billion year old temperature fluctuations (shown as color differences) that correspond to the seeds that grew to become the galaxies. The signal from our galaxy was subtracted using the multi-frequency data. This image shows a temperature range of ± 200 microKelvin.