“There’s gold in them thar hills!”

I think that was probably the thinking behind the lessons in Algebra, Trigonometry, Calculus and the like, that I was subjected to in my second, third and fourth years at grammar school.

They were panning for gold. I’m not talking about the shiny stuff people mined for in the west and north of Wales, most famously at Clogau (which by the way has been closed since 1998, because of the high cost of extraction). No, I’m talking about intellectual gold … and undoubtedly there is, and was, intellectual gold in the hills and valleys of South Wales.

We’ve all seen panning on the telly – dig out your rock; put some bits in a shallow container, known technically as a “pan”; run water through it, and the detritus will be swept away, leaving tiny specks of real gold. And the same principle was applied in maths. lessons at my school.

About five or six times a week, the raw material (boys) would be put into the panning vessel (the classroom) to be inundated with a stream of mathematical theorems, formulae and equations. The process usually lasted for around sixty minutes.

By the end of the lesson, I had either been ejected from the classroom or remained, numbed, zombie-like, at my desk, my brain having been turned to sediment. But, of course, I was not alone. This panning process wasn’t just going on at my school (see below), but all over Wales – and indeed all over Britain. And had been happening for decades. And, if my brief career as a secondary school teacher is anything to go by, it continues to this day.

Personally, I can count on the fingers of 5z – (2x2 + (X/y)) hands the number of times algebra has been of any practical help to me in my adult life.

But perhaps that’s not the point. The fact of the matter is, though I may have been a mere fleck of precipitate, I was doing my bit …

For it is only through the dedication of the many, many thousands of people like me, down the years, enduring the trials and tribulations of integration, cosines and quadratic thingumybobs, that the Dr. Stephen Hawkings of this world were able to be unearthed, there, shiny and glistening, at the bottom of the educational pan.

“Write out, one hundred times: The Mill Cannot Grind When The Water Has Flowed Past The Wheel”.

And also of course, to the dedication of schoolmasters such as dear Dr Jenkins.

The best efforts of Dr Jenkins (below right), with his less than gentle approach in matters of persuasion, were singularly unsuccessful in instilling an understanding in me of concepts that explain how the world is, in a sense, painted by numbers. So mine is a blind acceptance of that fact.

But not so Stephen Hawking. Although he may have changed his mind about the existence of black holes recently, I’m proud of the fact that I was able to contribute to his researches, albeit by default, by attending all those lessons.

As I recall there were 36 academic weeks in the year. A rough approximation would suggest I attended five one hour lessons per week covering algebra, etc., over a period of three years. I was probably kicked out of class or sent to the headmaster during about 15% of the lessons. So, where

For my own part, I found that no information escaped from the black holes that were those maths. lessons. Indeed, as I exited the “event horizon” (the doorway to the classroom), I felt that I had already become part of the singularity … I was infinitely dense.

Filed under Science, space and astronomy

“QUINQUIREME of Nineveh from distant Ophir,
Rowing home to haven in sunny Palestine,
With a cargo of ivory,
And apes and peacocks,
Sandalwood, cedarwood, and sweet white wine”.

That’s the first verse of that lovely poem, Cargoes, by John 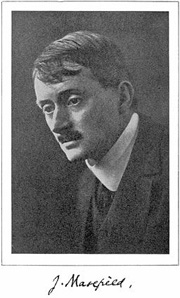 Masefield, of course. He conjures up the exotic appearance and atmosphere of the historic trading vessel, the quinquireme (which had five levels of oars), and goes on to compare and contrast it with a “stately Spanish galleon” and a “dirty British coaster”.

Ophir lends the poem particular interest. It seems to be such a mysterious place, famed for its “stones of gold”, its precise location remaining the subject of much scholarly and archaeological debate. Was it in Africa? Was it near the Red Sea? Was it in Pakistan? Or maybe even Peru? There are many references to it in the Bible and, aside from its appearance in Masefield, it is best known as the destination of an expedition by King Solomon to bring back gold and precious stones.

Solomon got on very well with the Queen of Sheba. After all the talk of trading had been completed, I daresay they sat down and had a tipple – maybe a snifter of gin or two? Except that they wouldn’t have done, because gin probably wasn’t invented until the seventeenth century in Holland.

But perhaps it’s little wonder that when Greenall’s were looking for a brand name for a new product, they saw great potential in that evocative place. 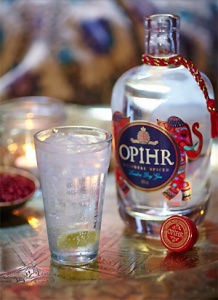 Indeed, as their press release at the time (October 3rd, 2013) says: “This new style of London Dry Gin is naturally flavoured with exotic botanicals carefully selected by Opihr’s Master Distiller, from countries along the ancient Spice Route. The hand-picked spices include coriander from Morocco, black pepper from India and cubeb berries from Indonesia. These botanicals are then infused in high quality grain spirit from one of England’s oldest distilleries, to create a unique spiced gin”.

Checking on Google, I discover that when I type the word “Ophir” into the search box, a total of 6,800,000 results are delivered. When I type in “Opihr”, I see the figure has dropped somewhat to 34,400. Investigating as many of the 34,400 as time allows, I find that all the references relate to Greenall’s inestimable new spirit.

Anyway, as I watched someone having a glass of Opihr in my local the other night, replacing his tumbler on the dirty British coaster on the table in front of him, the thought occurred to me that it really doesn’t matter that they’d spelt the name wrong. We kind of get the general drift.

Personally I’m a great fan of Lonon Dry Gin. I think Grenall’s is a terrific company.

And quite frankly, I wouldn’t want to rock the boat …