When I was a student in south-east London, I had a variety of part-time jobs. It was a really hard life being a student, having to pay for all those light-and-bitters, copies of the Racing Post and packets of pork scratchings.

I suppose the best job I had was working in an off licence, which had distinct advantages in certain respects which I won’t dwell on here. But definitely the worst was working at a bakery in Lewisham, a 20 minute bus ride away from Blackheath, where I shared a flat with three other blokes.

I really needed the dough (what made me put that?), otherwise I’d have packed it in after the first week. Most of the time I was working right next to the ovens, loading the freshly baked loaves into the slicing machine. It was incredibly hot. I think I lost about three stone over the couple of months I worked there. So I can’t say my early memories of baking are that great; other than the baking done by dear old Mum, of course – her jam tarts were the stuff of dreams, especially when you got an actual strawberry …

But ok, I saw this programme with the guy from Masterchef (my least favourite programme on TV) – Paul Hollywood? – and his recipe for pita bread caught my eye. I know what you’re thinking, it’s actually “pitta” bread. Well, try googling it and I’m afraid majority opinion drops the second “t” (but I’m with you – pitta, surely?).

250g/9ozs of strong white flour, plus extra for dusting
1 x 7 grams sachet of instant yeast (actually I read that as instant Yeats at first; I wonder if he did any baking?)
20 grams of nigella seeds or black onion seeds (I went for the onion seeds; I did ask in Tesco‘s whether Ms Lawson was putting in an appearance but apparently not that particular day hohoho)
1 teaspoon of salt (of which more later; or actually, less)
160 ml/5 1/2 fluid ozs of water
2 teaspoons of olive oil, plus extra for kneading

So, following instructions, I mixed the flour, Yeats and onion seeds together in a bowl. (I should have added the salt at this point, but I was so busy taking the photo that I forgot – oops. Don’t tell anyone).

Then add 4 fluid ounces (make sure they’re fluid ones – you can tell because it’ll be quite runny) of the water and 1 1/2 teaspoons of olive oil (aah, named after my Mum, no doubt). 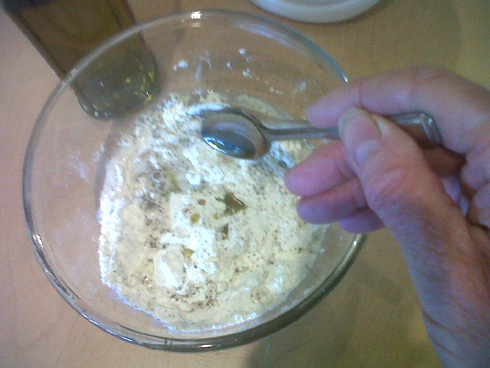 After getting my hands incredibly sticky and gunged up, I was then asked to “gradually add the remaining water and oil” – sticky dough mix all over the water jug handle, I don’t know. Anyway, did that and then having kneaded the whole lot together on my lightly oiled worktop – knead, knead, knead – I ended up with this unlikely looking object …

The next step, as per the instructions, was to cover up the dough to allow it to “prove”. I half-expected it to grasp its lapels and walk up and down inside the bowl addressing the members of the jury. It didn’t do that but in any case with my fingerprints all over it it was an open and shut case really.

Time passed so slowly. I put the kettle on. I examined my gumboil in the mirror. The jury was still out. I went on an overland expedition to the Serengeti.

At long last I came to the conclusion that the proving process was finally over, though comparing the “Before” and “After” shots I think I was probably kidding myself … I daresay every budding cordon bleu chef has these moments of huge disappointment, where the anticipation of a momentous baking triumph is followed by worry, panic, despair and ultimately catastrophe. When the history books of pita bread baking come to be written, etc., etc. 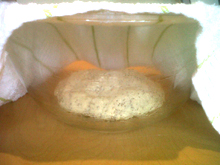 I then “knocked back” the dough. In this phase, I was largely motivated by the unfolding disaster I could already see in front of my eyes, as I pummelled the dough with all the strength I could muster, no doubt bringing the Yeats to within an inch of its life.

I began with a King’s pawn opening, but this was immediately answered by a Sicilian Defence. Finding myself increasingly drawn in by a Boden-Kieseritzky Gambit, I decided to use the only route open to me and flattened all the bits of dough into sort of ovally shapes, before popping them into the oven. 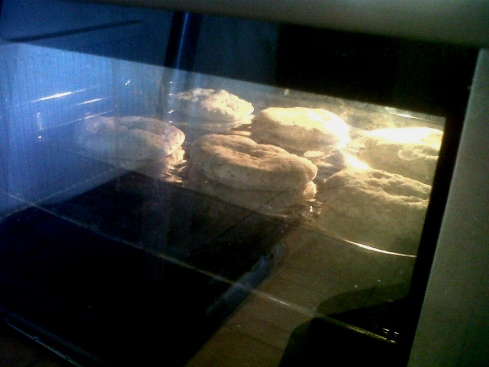 So ok, what have we learned today? First this recipe is great if you prefer your pita bread to taste like crusty, biscuity cardboard with just a soupçon of onion seeds.

Err … that’s about it, really. 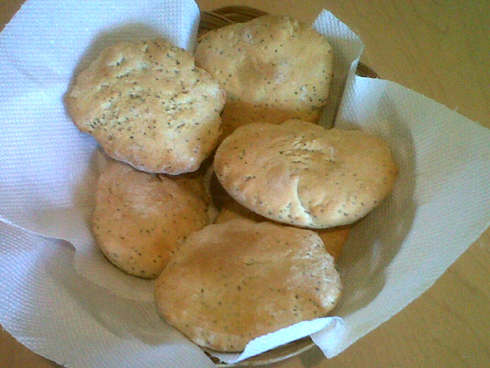 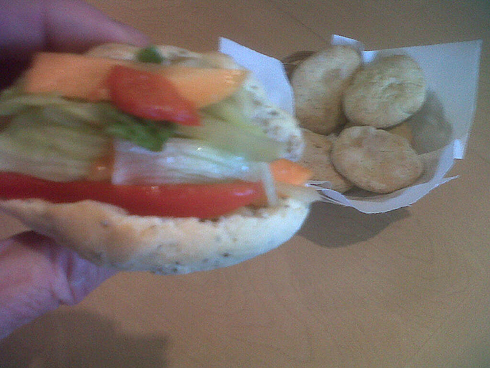 I think I’ll try putting some salt in next time. And maybe forget the photos. 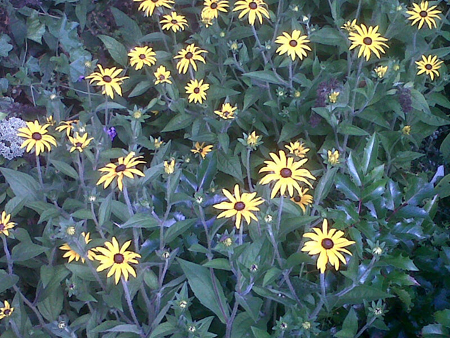 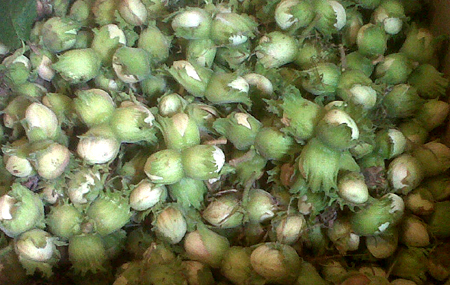 Virginia Creeper – up the ladder, cut it back. 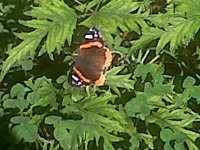